The stats helper monkeys at WordPress.com mulled over how the Mormon Soprano blog did in 2010, and here’s a high level summary of its overall “blog health”: 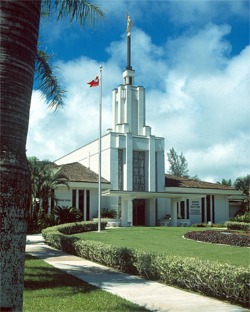 The Louvre Museum has 8.5 million visitors per year. This blog was viewed about 140,000 times in 2010. If it were an exhibit at The Louvre Museum, it would take 6 days for that many people to see it. In 2010, there were 84 new posts, growing the total archive of this blog to 360 posts. There were 498 pictures uploaded, taking up a total of 3gb. That’s about 1 picture per day. In three years, MormonSoprano.com has logged over 300,000 visits. The busiest day of the year was January 14th with 1,238 views. The most popular post that day was Miracle Birth At The Tonga Temple.

Where did they come from?

These are the Top 5 posts and pages that got the most views in 2010.

How Firm A Foundation September 2008

Some other significant blog posts in 2010 were:

Fourteen Fundamentals of A Prophet    March 2010

“Do You Have Room?” New Christmas Video November 2010

MoSop expresses a GIANT THANK YOU to everyone who has made 2010 such a successful and satisfying adventure! Much more important than mere numbers or statistics is the personal connection I have made with the global community over the past year. I believe that being a “blogger” has expanded my capacity for compassion, enriched my understanding of humanity, and ennobled my goals for the future. I have learned first hand that individually, we each have been given a voice that can make a positive difference to someone else. Even better, collectively, we have the power to change the world for the better! It is Mormon Soprano’s desire and goal for 2011 to continue making a positive contribution to the World Wide Web Blog-o-sphere [aka “Bloggernacle“]. Whether it is by:

Count me in, I’m there!  🙂 So, Onward and upward, my fellow earth travellers. May the second decade of the 21st Century be our Best. Decade. Ever!