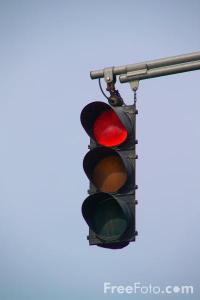 It was a hectic morning and I was late to work. Again! Only yesterday I had taken my youngest child to register for her Senior Year of High School. [yes, I feel old] Her course schedule had experienced a computer glitch which showed three periods of “Algebra 2” in one semester [one is definitely enough], which required that we talk to a school counselor to get it fixed, which meant we must wait in a long line, and which also meant that I would definitely be late arriving for work.

But, that was yesterday.

This morning the same daughter realized [to my dismay] that she was victim to another computer glitch and had been placed in the wrong English class! This meant rushing back to the High School with daughter in tow – again – to fix her schedule. The school also requires a payment of $10 each time there is a request to change the schedule. So, I would have to stand in line and request – again – to have the fee waived due to the computer snafu. Ugh! Needless to say, I was less than joyful, and it was only 7 am.! The day had barely begun, but was definitely shaping up to be very long and dreadful.

Luckily, we were able to get the schedule changed relatively quickly – and they waived the $10 fee. I could see that if traffic cooperated, I would only be a half hour late to work, which wasn’t too terrible.

But, traffic did not cooperate.

Incredibly, every single traffic light on the way to work was turning red! My frustration was rising to dangerous levels! By the fifth red light I was drumming my fingers impatiently on the dashboard and nearly growling under my breath. I happened to see movement out of the corner of my eye and glance at the sidewalk to my left where I saw two pretty LDS sister missionaries walking briskly toward the cross walk. They each had a backpack slung across their shoulders, clasp a scripture case in one hand, and moved with a deliberate sense of purpose. They also each had big smiles on their faces. It was apparent these two young ladies were enjoying their work and their life in general! I momentarily was transported back in time to my own missionary service in Wisconsin…wow, has it really been 23 years ago already?!…

Suddenly, I was brought back to the present as I noticed the sisters slowing rapidly, and then pausing to greet a very tall and distinguished looking man. He was dressed in a conservative grey suit, a white shirt and an understated tie. As I looked closer, I recognized immediately the trademark smile of Elder L. Tom Perry.

Standing next to the sister missionaries presented a stunning visual of just how TALL Elder Perry actually is [6 foot 3 inches to be exact]! I watched as they briefly greeted each other, shook hands, and then headed toward their various destinations. The sisters returned to their brisk pace chatting happily. Elder Perry continued along the street in the opposite direction, no doubt headed to his office at the Church Headquarters building located around the corner. I noticed he was still smiling just as brightly as when he was greeting the sisters, even though he was just walking down the street all alone and there was no obligatory reason to be grinning.

I had just watched a tiny human moment play out which lasted less than 15 or 20 seconds, but my entire day was transformed. A spirit of joy filled my heart. I felt awe and gratitude as I remembered that we are all a part of a Marvelous Work and a Wonder on this earth as prophesied by Isaiah! The Church of Jesus Christ has been restored in these Latter days, and it is moving forward boldly, nobly and QUICKLY all around us thanks to people who are choosing to live ordinary lives giving a little extra-ordinary service to others. I’m sure those sister missionaries and Elder Perry will never know how much just walking down the street and smiling this morning could change the life of one angry woman behind the wheel of a Sport Utility Vehicle!

I was humbled for the reminder that there are prophets and apostles of God living right here. Now. Walking the streets among us.

The street light finally changed to green, and I pulled my car forward with traffic. I was still headed to my workplace like I was a couple of minutes ago. I was still late. But, now I moved with a calm and refreshed pace. I was happy to be alive. I was grateful for the job I have to go to, and for my child, and for my health…and found myself counting my blessings! The hassles and frustration I had been feeling just moments before had dissolved, and were now replaced with peace.

The Lord knew that I needed to be reminded this morning who I was, why I am here, and what really matters. I needed to STOP and look outside of myself. I never thought I could be so thankful for computer glitches and a red stoplight! This morning reminded me that miracles and tender mercies definitely come in all kinds of disguises.