How much do you know about geckos? And when I say geckos, I’m not talking about the little car insurance dude with the odd accent who drinks a lot of coffee…. 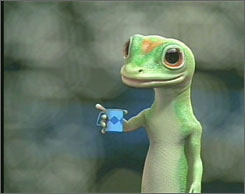 Nope. I’m talking about the Real. Live. Geckos! Do you know anything about them? Neither did I. Nada. Zip. But, thankfully, we decided to take a drive up to Bozeman Montana to visit the Museum of the Rockies this week (about 1 hour north from Big Sky Resort). Their special exhibit currently running is called Geckos: From Tails To Toepads is enlightening! 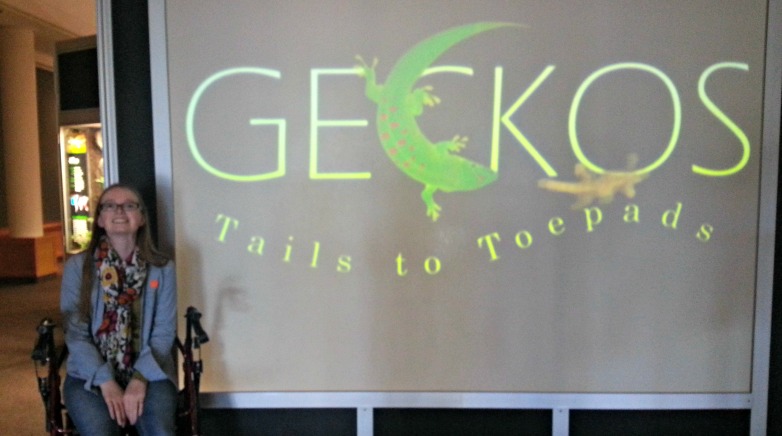 This exibit is eye-poppingly amaze-balls!

First off, I love the Museum of the Rockies. We took our kids (and ourselves) there every summer when we came to Big Sky beginning 20 years ago. It became a family tradition. The kids always asked if we were going to “the dinosaur museum in Bozeman”. They especially LOVED [loved loved loved loved] the dinosaur exhibits and also the pioneer house outside they could explore. Sadly, Mr. Mo and I have not been for about 10 years, so we hoped they had continued their high quality. They didn’t disappoint.

I honestly did not know what to expect coming into an exhibit about little crawling lizard creatures. I thought there were would be a lot of photos and probably several videos or something. I did not expect there would be ACTUAL breathing, moving geckos living in beautifully artistic climate controlled habitats.

To me, the idea of a “gecko” is a glorified snake with legs.

I am not a fan of snakes. At all. They scare me and they creep me out. I probably developed this from having watched Rikki-Tikki-Tavi over and over and over as a child – and then later on, Indiana Jones…

The idea of “snakes with legs” means the potential to come and get you even faster…. aaakk!!

But, being able to see this very beautiful exhibit gave me a whole new perspective on geckos – in a safe, climate controlled, glass-between-them-and-me kind of way. There were at least two dozen individual habitats to view and it was fun to play “find the gecko” in each environment. [if I were a gecko, I would LOVE living in one of those cool habitats]

And yes, I learned that Geckos are actually…very cool, and some of them are even quite cute.

I was also relieved to learn that out of all of the 1200+ species of geckos on the planet, none are poisonous. They come in beautiful colors, shapes and sizes and they can be found in all kinds of places all over the world from desert to forest [although a large majority live in rain forest places, and the island of Madagascar has one of the largest collections of species]…

I was a little disconcerted though to learn that some varieties of geckos – usually the large specimens [they can get 18 inches long!] – can have up to 300 sharp teeth in their mouths that are like shark teeth, and these kind “like to bite”. (yikes)

There’s an awful lot to learn about these critters!

Did you know that the gripping power of their toepads is so strong a gecko could potentially hold the weight of two humans with just one toe? True fact. There are scientists working hard right this minute on unlocking the secrets to the gecko’s gripping power so that we too may be able to climb walls like spiderman (without using wires or a green screen) 🙂

Did you know that to clean off their eyeball, they can just lick it? Yup.

Did you know a gecko can throw his tail off if he’s being chased? The discarded tail piece will wiggle as a decoy so the gecko can make a quick get-away

Lots of different colors! The color is usually determined by whether they are “party animals” in the day or the night

Oh, and they can also “sing” and make quite a big racket! I liked the part of the exhibit where you could press buttons and listen to their noises!! They can sound like everything from a tiny chirping bird to a screeching cat, to a barking dog, and everything inbetween. No WONDER the rain forests of the world are so LOUD!!

Now don’t think I’m going to run out and bring one home to live in my house…that’s not going to happen. BUT, this exhibit taught me all about how fascinating, diverse, creative and helpful these little creatures are. And, I have a new-found respect for them.

What an amazing creation the gecko is! If you are anywhere near Bozeman Montana this year, go see the geckos! – MoSop

P.S. When you go to the Museum of the Rockies, don’t miss the cool DINOSAUR exhibits, and be sure to go outside and visit their Living History Farm!