Friday July 15, 2016 – Mormon Tabernacle Choir European Tour Journal ~ OK everyone, this is called my “Better late than never post”. Here it is – finally! Because, I think it’s a great idea to escape, and go to Paris together! Don’t you? And, because I like to finish what I started a year ago. You are welcome to review Tour Days 1-18 if you forgot the plot… 😉

We’ve made it to the final full day of the Mormon Tabernacle Choir’s 2016 European Tour – and we are in PARIS! City of light! City of love! City of fresh baked bread stuffed with chocolate!  And, let’s not forget city of  Victor Hugo’s Les Misérables! [one of my personal FAVE books & movies]

Also the city of tourists, monuments, museums, cathedrals, bridges, cobblestones, the River Seine and the Eiffel Tower… just for starters. Yes! My dream has finally come true! I am finally here in Paris with the love of my life!! [Who, sadly, is feeling under the weather, but determined to ‘push through’].

This morning came all too soon after last night’s late Bastille Day Fireworks adventure. While our guests slept, Choir and Orchestra members were up at the crack of dawn in full concert dress boarding buses for a special photo & film shoot opportunity. I was wondering what kind of condition the photo location would be in after 400,000 people reveling all night in the streets! But, surprisingly, it fared much better than I thought. The street cleaning crew (that was still on site when we arrived) had obviously been hard at work! In fact, when we all unloaded from buses and began to line up in our tuxedos and dresses, I noticed several of the workers snapping photos. 🙂 Yes, we must have been quite a sight! 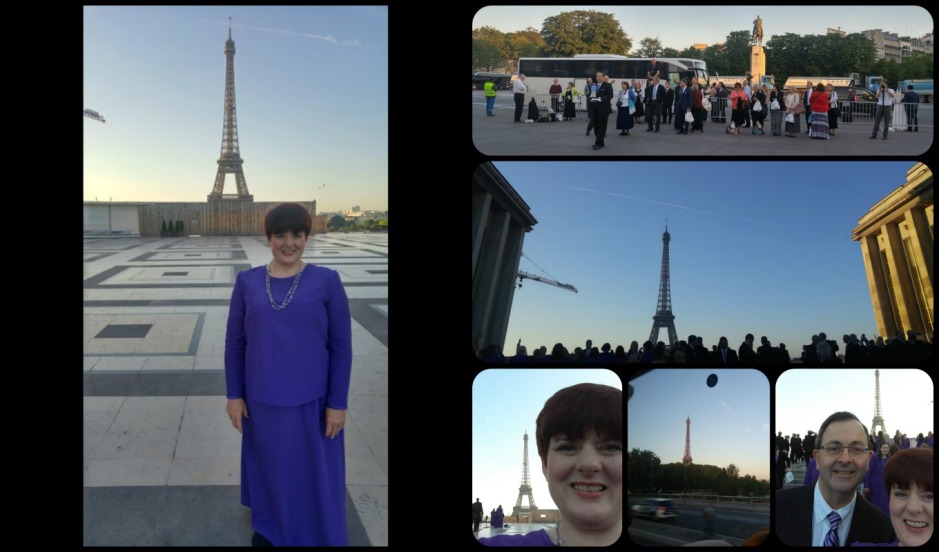 Our photo shoot was a recreation of the original MoTab Choir photo shoot that happened in July 1955, when the Mormon Tabernacle Choir made their very first tour to Europe [which took over 6 weeks long, and involved taking intercontinental trains, and ocean-liners!]

Here is a side-by-side with the finished result! [I’m in the second photo, on the front row, left side]

As the sun began to rise we rushed off to the new Latter-day Saint Paris Temple site. The temple had not been completed yet, but an Open House is slated for September 2016* [*later delayed to April – May 2017]- so, today we were filming a music video at the site which will be used during the Open House.

The Temple is located in a peaceful, rural neighborhood near the famous Palace of Versailles.

We were warned to be very quiet and respectful of those who would still be sleeping in the neighborhood [especially since Bastille Day revelry  kept everyone up so late the night before].

We diligently complied and kept our voices hushed as we marveled and delighted in the beautiful new temple – very much still under construction, but so beautiful.

We remained very subdued. Until, of course he actual filming of the music video began – which involved blasting our song through speakers as we sang along. 🙂 yikes. Not surprisingly, we spied a few people staggering out onto balconies, no doubt wondering what in the world was happening. But later, I spied a few running back inside for their cameras… 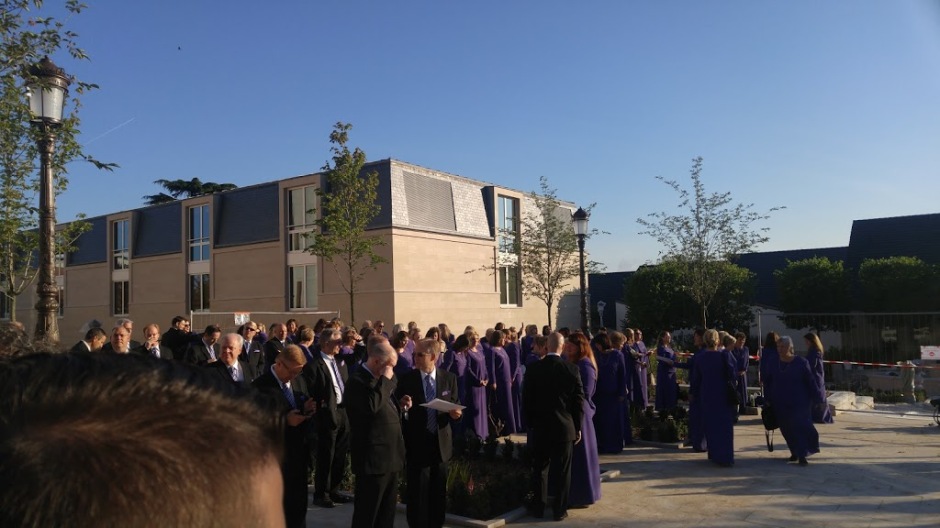 The hardest part of this film shoot was the unfortunate timing with the sun. The way it turned out, the sun was positioned exactly where we were supposed to be looking into the ground camera and the drone camera. Looking directly toward the sun without any sunglasses or shade? Agony!!

Somehow, we pulled this off. Hopefully the video turned out nice (we never saw the final result). We took just a few moments to snap some photos on location… 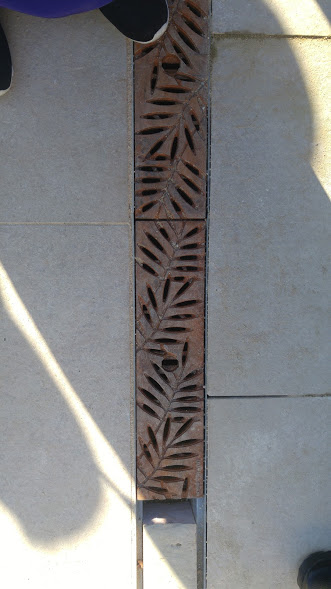 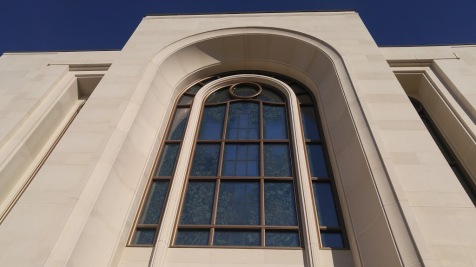 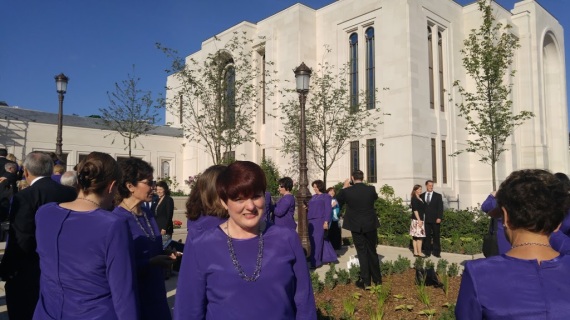 …and then we were loading up the buses again and whisking back to the city, ahead of schedule.

Sadly, this is as close as I ever got to Versailles Palace [the temple is on a street bordering the royal property, but all we could see was a wall, some lovely manicured trees and a lot of grass. So… I’m putting it on my “Paris bucket list” (because one day in Paris is never enough)!

And now, one year later – you can enjoy this stunning video tour of the Paris Temple – completed, and dedicated as a House of the Lord!

Up Next…our whirlwind day exploring the City of Paris! Stay tuned for Part Two tomorrow! (you didn’t think I could cram this entire epic day into just ONE blog post, now did you?!) 😉

This is part of a 3-week series sharing my experiences during the Mormon Tabernacle Choir Central European Tour from June 28-July 16, 2016.