Daughter A and Daughter Bee are hard at work this year being Santa’s Elves in real life. They perform their magic in plain sight, but you’ve probably never seen or noticed. Most people don’t. They are a part of an army of elves – amazing unsung heroes – tirelessly ensuring that Temple Square is kept merry and bright for the hundreds of thousands of daily/weekly visitors, not only during holiday time, but year round.

Both of my young adult girls are employed by the LDS Church as custodians. They are assigned to different areas throughout the ‘Church Campus’ in downtown Salt Lake City – which includes multiple buildings and outside areas spanning about a five block radius, including the most visited area of Temple Square.

It’s not easy being a custodial elf on Temple Square.

It’s the backbreaking, exhausting, [often very gross] “dirty work.” The jobs people avoid doing even in their own homes, let alone for strangers – and all generally thankless.

This week during the big Christmas Concert events both girls worked up to six 8-hour shifts “portering” – until 1:30 am – which means they were continually cleaning up after the public in various assigned areas. For example, Thursday night while 21,000 people were attending the first MoTab concert inside the Conference Center, Daughter Bee was portering one of the many large ladies restrooms. For four hours she never left that restroom except for one 10-minute break. She wiped down the counter-tops, removing all the water drips and stray soap suds, scrubbed and unplugged toilets, cleaned up several unsavory messes, restocked paper towels and toilet paper, washed the mirrors, and kept the floor clean and dry. And then, repeated. Over and over. 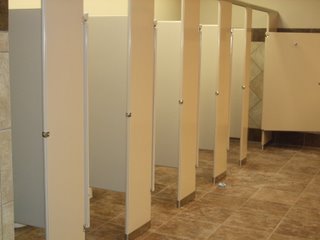 When ladies arrived they often started forming a line for the first 5 stalls near the entrance, so she enjoyed surprising them with the news that there were actually 45 MORE stalls available just around the corner (Yes ladies – there’s usually no waiting in line for a toilet in the Conference Center bathrooms because SOMEONE totally got it RIGHT!). Daughter Bee smiled while she told me about her work and also how excited she was to be assigned to the restroom, because the sound from the Conference Center is piped in – which meant she got to hear her Mom’s Christmas Concert while she worked… “as long as no one was flushing!”

Meanwhile, Daughter A was assigned to the Joseph Smith Memorial Building – “portering” in all of the public areas, cleaning up after continual jovial groups of people attending special events such as wedding receptions and office parties, or crowds simply coming inside to get warm during their family trip to see Christmas lights on Temple Square.

Hundreds of people make their way up to the 10th floor to look out of the picture windows onto the holiday scenes below.

Many they eat at the restaurants. They use the restrooms and sit on the furniture. They drop things – wrappers, candies, food, gum, flowers, cake, cell phones … and leave fingerprints on everything! She navigates her cleaning cart carefully through the crowds, continually sweeping and vacuuming, dusting walls, wiping down furniture, washing fingerprints off of the same doors and windows (over and over and over), and even keeping the golden elevator buttons and doors shined (a tricky task that must be timed just right between stops). If you’ve ever been to the JSB you’ve probably always thought to yourself how beautiful it is. Perhaps you appreciated the cleanliness but, you probably didn’t imagine what it takes to be so.

Chances are, you didn’t know about these elves.

Sometime during one of her long 8 hour shifts this past week, as Daughter A was working at scrubbing off a piece of particularly stubborn gum [carelessly tossed on the carpet], a young boy “no older than 5” saw her, and he actually noticed her working! He approached and timidly tapped her on the shoulder.  “Hello!” he said cheerfully. An envelope was thrust toward her with his miniature outstretched hand. As she took it from him, his face beamed even brighter with “the biggest smile you’d ever seen“. He shouted “Merry Christmas!” – then skipped away, quickly disappearing into the crowd.

On the white envelope was a simple handwritten Merry Christmas.

What the worker-elf found inside the envelope was completely unexpected,

and what was written made her cry;

LDS / Temple Square workers are not allowed to accept tips, but this was something entirely different- an act of service by a family who has chosen to honor their mother – and deal with facing an extremely difficult season of grief – through focusing on giving random acts of kindness.

The card is hanging on Daughter A’s bedroom wall as a constant reminder of the good in the world. The money was donated to our neighborhood food pantry.

‘Tis the season for giving! May we each embrace our inner-elf and perform at least one act of random kindness this week!

And, the next time you are enjoying any of the LDS sites in downtown SLC, keep your eyes peeled for one of the worker-elves. Chances are, you’ll make their day by telling them “Thank you!”  – MoSop