After our lovely Sabbath morning service we had about 90 minutes before ten buses would arrive to take the Choir, Orchestra and guests from Vancouver Canada to Seattle Washington – our final 2018 tour destination. Mr. Mo and I left our suitcases in the hotel ballroom (nestled next to hundreds of other suitcases) and made our way outside to the nearby sea walk.

Since it was Canada’s national holiday this day, the walkway was filled with people enjoying the sunshine and festivities. We saw many decked out in Canadian flags and other red, white and maple leaf garb. 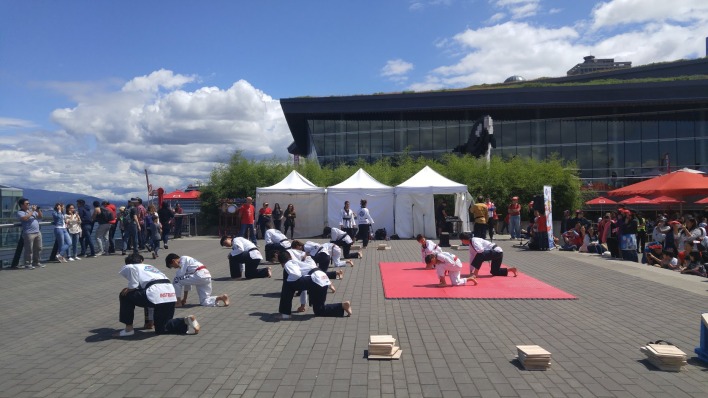 There were street performers entertaining the crowds, and enterprising corporations were handing out free samples. We snagged some miniature flags, and some free ice-cream as we walked toward Stanley Park, enjoying all that glorious sunshine and fresh air. 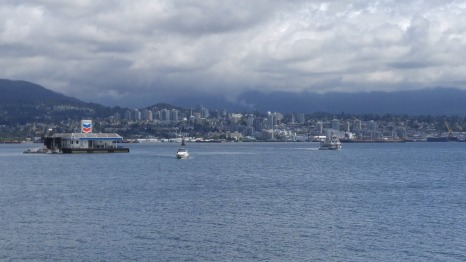 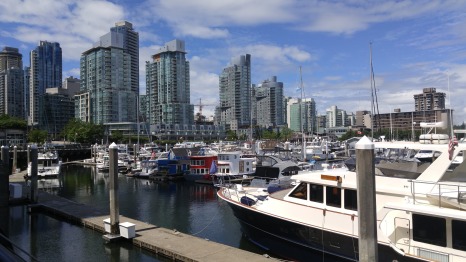 Stanley Park received the 2014 ‘Best Park In The World’ award from TripAdvisor. It is also one of the largest parks in North America at 1000 acres! [by comparison, New York City’s Central Park is 840 acres]. We didn’t have much time to explore, but I was thrilled to discover a large rose garden, and a lovely pond that we could walk around before heading back. 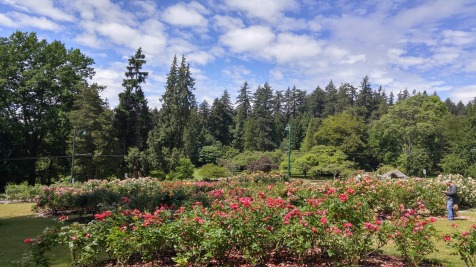 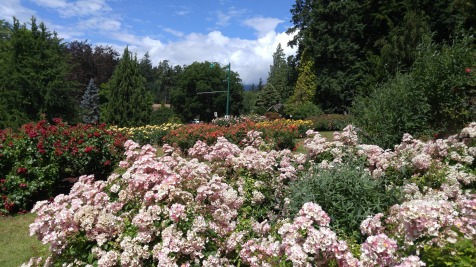 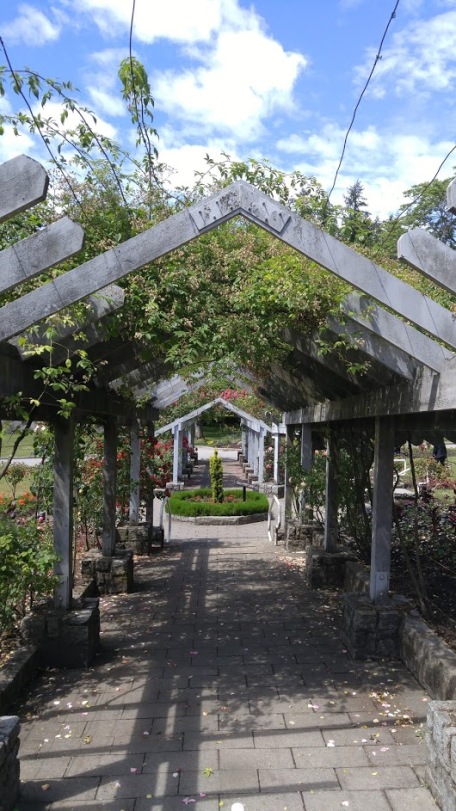 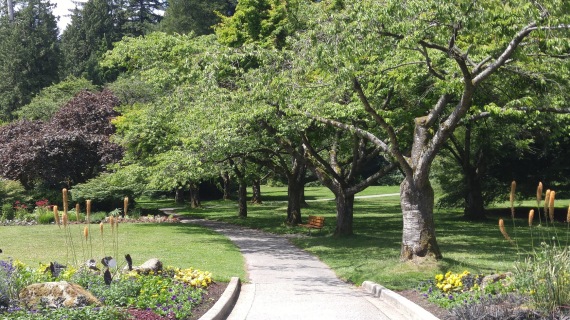 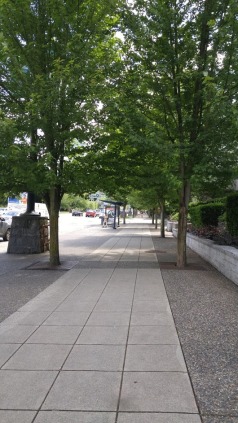 We found a lovely little bakery and pastry shoppe that made us some delicious sandwiches we could take with us for our long ride to Seattle.

Mr. Mo and I were lucky to board a bus with a very cheerful and chatty driver who eagerly regaled us with all kinds of facts, anecdotes, and historical tales about Vancouver as we made our way to the border. He told us about how the demand for housing has become so high in Vancouver entire neighborhoods are being bought out, then all the single homes are razed and large condo complexes are rising up, in an attempt to keep up with the population growth and demand.

Vancouver is a very beautiful but expensive place to live! 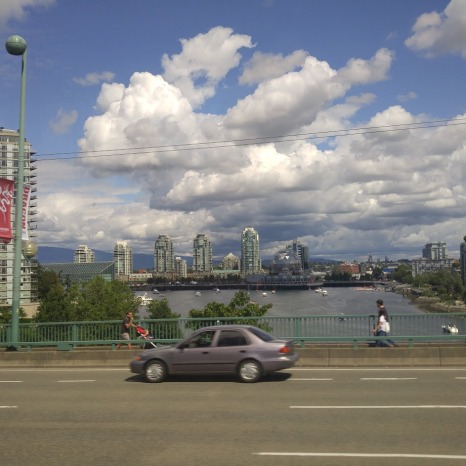 Headed south of the border!

Passing through customs would require that each of us get off of the bus, walk through a line to declare ourselves, and then re-board. Well, our bus captain took a very diplomatic vote and we unanimously agreed that we would be the fastest bus to get through customs because we would NOT even be tempted to line up for the restrooms. Sure enough, we sped through, and we were doubly blessed less than 30 minutes later.

Sadly, a fatal car accident took place on the highway ahead of our route. This resulted in backing up traffic for miles and miles. Our bus driver got the alert in time to escape from the highway to a side road. Unfortunately, several of our other buses were not as lucky. They spent many extra hours trapped at a complete standstill until the accident could be cleared up. At one point we crossed over a bridge that looked over the accident. It made me very sad for the family who lost someone they loved this day.

I’m not going to lie, the journey to Seattle was grueling. But there were a few lovely and humorous sights.

At last! We arrived!!

It took another half hour to wind our way through the steep and one-way streets to our hotel. I didn’t realize how hilly this actually city is. Many streets reminded me of San Francisco.

We checked into our room and then enjoyed a nice sea food dinner.

Later, we walked down the steep hill to the boardwalk, and decided to experience the “WINGS OVER WASHINGTON” ride. This is very similar to the “Soaring over California” ride in Disney’s California adventure. But, the Washington ride was actually more themed and interactive than the Disney ride (surprising). If you’re headed to Seattle, I recommend this as a great family activity.

At this point we were thoroughly exhausted from our long travel day. We hailed an Uber to take us back up the steep hill to our hotel. Tomorrow, would be our final concert of the tour! – MoSop